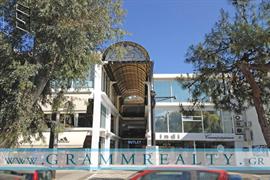 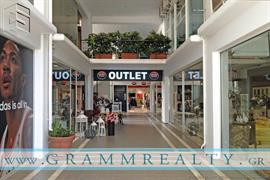 Prestige S.A. is a privately owned construction / management company based in Glyfada that currently owns some of the most unique and expensive real estate properties in the region. Currently GRAMM REALTY is exclusively offering all of Prestige S.A.’s assets as an investor’s package in an ideal price.

Specifically the properties are:

Glyfada is a suburb of Athens, situated in the southern parts of the Athens Metropolitan Area. The area, which is home to many of Greece's millionaires, ministers and celebrities, stretches out from the foot of the Hymettus mountain and reaches out to embrace the Saronic Gulf. It is the largest of Athens' southern suburbs.

This fashion-conscious suburb is known in Greece for its up-market cafes, well-known restaurants, boutiques and cosmopolitan summer clubs; Glyfada has also been called "Knightsbridge-on-Sea", "Hellenic Hamptons", or the "Beverly Hills of Greece".

In the ancient period, the area was a city known as Aixone. Today, Glyfada is packed with some of the capital's best-known nightclubs, upscale restaurants and shops.

It could be argued to be one of the most "Americanized" of Athenian municipalities, since an American airbase was located nearby until the early 1990s. The base's population contributed in part to Glyfada's character, leading to a unique blend of Greek and American atmosphere and cuisine.

Although the base is now gone and the school relocated, Glyfada still retains part of its American flavor while continuing to offer distinctly Greek cuisine, entertainment and nightlife.

Glyfada was established as the heart of Athens' southern suburbs, because of its prime waterfront location, rich commercial centre, and modern business district. It has been described as the headpoint of the 'Athens Riviera' and features some of Europe's most opulent seafront residences, gardens and extensive beachfront property, with a modern marina. Glyfada Marina includes marine space and coastal land area totaling 3 kilometers, with all harbor facilities and buildings found within this space.

Northwest is the forested wooded golf course of Athens, the Glyfada Golf Club, located south of the old Airport of Athens, very close to the marina and popular beaches.

The town hall is located at the center of the municipality; nearby, Glyfada’s shopping district has one of the most vibrant and diversified commercial centers of Athens' neighborhoods, with a collection ranging across specialist and designer boutiques. Its proximity to a succession of beaches and a concentrated seaside club scene also greatly increases the number of visitors during the summer months.

The area’s shopping district runs across Metaxa Avenue and Grigoriou Labraki Street while both the offices of major businesses and shopping areas also dot the Avenues Voyliagmenis, Goynari and Gennimata. Glyfada is currently the centerpiece from real estate investors from around the globe.