Letter indicating 5,000 small firms back Cameron revealed to have been created by Tory CCHQ 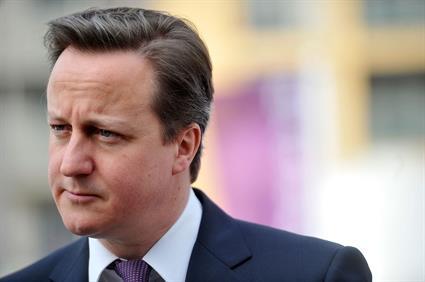 Small businesses have endorsed David Cameron in a letter published exclusively by the Daily Telegraph, however most have dismissed it as the obvious handiwork of Conservative campaigners.

The letter, with 5,025 signatories, states that the ‘Conservative-led Government has been genuinely committed to making sure Britain is open for business’ and that the businesses listed ‘would like to see David Cameron and George Osborne given the chance to finish what they have started.’

It goes on to say that it is believed that ‘a change now would be far too risky and would undo all the good work of the last five years.’

Despite seeming like a great boost to the Conservative's campaign, many eyes are rolling at the revelation that the letter was created and sent by the CCHQ – aka Conservative Campaign Headquarters.

Metadata from the letter on the Telegraph website shows the author to be ‘CCHQ-Admin.’ While co-ordinated letter writing is pretty much expected during the General Election, it is rarely so obvious. Furthermore, Twitter has been a-buzz with claims that a few of the firms on the list either do not exist or are now closed.

‘First two on the list don’t even exist anymore,’ one Twitter user commented, ‘and 140 Luxury, at a Ldn address, has never existed (according to Company Check).’

Tory peer and The Apprentice star Karen Brady is said to have advocated the letter, which was displayed as a petition on the Conservative website and sent to those receiving General Election updates from the party.

Since the publication of the letter, a few company executives have asked to have their signatures removed. This includes a Sales Director from Aurum Solutions, a technology company, who the firm claim had not signed it in their first place via a tweet:

'[email protected] My Sales Director did not sign "the letter" (at position 413). Please remove his name and our company details immediately.'

Of course, it’s no great secret that business has often linked arms with the Conservative party. After UKIP’s attempts to appeal to small business, it appears that the Tories have endeavoured to follow suit. However, their ill-disguised spin has proved misguided in the powerful wake of a social media backlash.