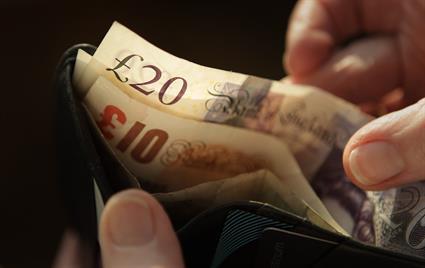 The rate of economic growth in the UK slowed in this year's first quarter to 0.3%.

Figures released by the Office for National Statistics showed that the economy grew at half the rate of the previous quarter, and less than the prediction from economists of a rate of 0.5%.

Goldman Sachs senior economist Kevin Daly regarded the recent data as unrepresentative of the strength of the UK economy. 'We think underlying growth in the economy is significantly stronger than in today's data,' he said.

'We would anticipate over time that the weak ONS data is likely to be revised higher into line with the stronger activity implied by business surveys and other activity indicators.'

Many have considered the news a blow to Osborne, Cameron and the Conservative party in the run up to the General Election next week.

Guardian business reporter Angela Monaghan writes: ‘The slowdown undermines the chancellor’s argument that sustainable growth is dependent on a Conservative victory at the polls on 7 May, while a Labour victory would plunge the UK into economic “chaos”.’

However George Osborne tweeted his response to the figures, saying it's ‘good news’ that the economy continues to grow, but that it's ‘a critical moment & reminder you can’t take recovery for granted.’ David Cameron repeated Osborne’s sentiment, adding: ‘Don’t risk it with Ed Miliband and the SNP.’

Since the news of a slowdown in economic growth broke, the pound weakened against the dollar by half a cent to $1.518.