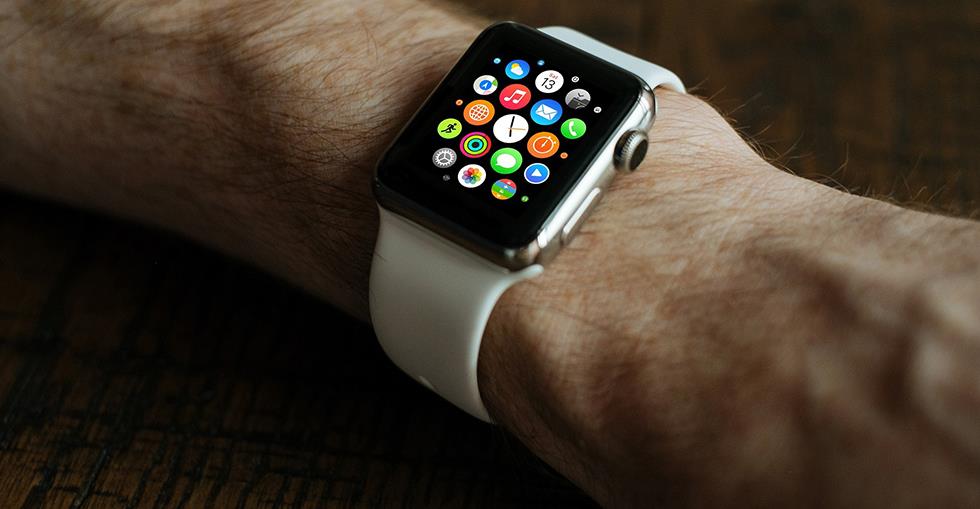 How is wearable tech revolutionising the user journey?

IDC Canada has projected ‘hockey stick’ growth for the wearables market. Is this optimism justified and how will such growth be realized?

Researching the Canadian wearables market over the period 2014-2018, IDC predicts that the evolution of wearable devices and applications could drive ‘hockey stick’ growth before the end of this time frame.

Supporting this regional assessment, figures from Juniper Research put 2013 global revenues from wearables at $1.4 billion and forecast that, by 2018, the total may well be heading towards $19 billion.

This transition will bring consumers some sophisticated new purchasing tools and is likely to transform some aspects of their purchase journey, forcing retailers to reassess their approach to multi-channel marketing.

Centered in Toronto and Montreal, with significant offshoots in Calgary and Vancouver, Canada is a global leader in wearable tech.

Ontario College of Arts and Design assistant professor Kate Hartman says that in Toronto, interest and activity in the sector has “grown exponentially” in recent times.

This, she believes, is because “Toronto has a history of being supportive of technology from commercial and artistic perspectives. It’s also a city that has a history of textile manufacturing and fashion activities – from fashion shows, to a textile museum, to multiple colleges and universities offering fashion programs.”

Hartman’s academic focus is on mobile and wearable applications. Coming from an arts and technology background, her work now involves clothes fashioned from a selection of modern e-textiles.

Reflecting on her decision to relocate from New York, Hartman says: “There’s a flow between disciplines and industries in Toronto, and a multidisciplinary approach is really something that wearable technology demands. It’s impossible to pull off a wearable product without dealing with computing, electronics and the business of how to actually put stuff on the body.”

Demonstrating the kind of outcomes Toronto’s innovative thinking can generate, Andrew D’Souza, president of the Nymi software company, sees wearable tech as a pragmatic solution to the troublesome security issue of password verification.

As developers of biometric and authentication technologies, Nymi have developed a secure bracelet system which can substantiate the wearer’s ID by measuring heartbeat function.

Suitable for many kinds of physical access control, this innovation now drives a pilot biometric authentication project, which uses Nymi bracelets to protect payments made by cardholders at Mastercard and RBC.

Citing Canada's established tech pioneers such as Blackberry, D’Souza told The Globe and Mail: “People in Toronto and Canada aren’t afraid of hardware. If a product tests well in Toronto it’s likely to do well in London and Tokyo because we have such a diverse and tolerant culture, and that’s something San Francisco just doesn’t have.”

Besides security applications, the technology already has a strong presence in fields such as medical monitoring, sports performance, arts developments and virtual reality. Nevertheless, D’Souza still expects that many of the wearables taking the market by storm will follow much the same iterative pathway as that taken by most mobile and handheld devices.

Smartwatches and the user journey

Smartwatches are undoubtedly the most high-profile wearable on the market, though they are designed to augment, not replace, smartphones and tablets.

Potentially, this introduces further touchpoints on the purchase journey, as well as extra channels. Apple’s Handoff tool anticipates some of these new possibilities by allowing a user’s smartwatch-initiated content engagement to be seamlessly resumed or completed via iPad or iPhone.

All smartwatch apps must be designed to accommodate the micro-dimensions of the device environment. Thus they cut back on user journey details by offering just core functionalities and providing fast, convenient navigation with an absolute minimum number of steps.

Facebook’s approach exemplifies the trend: the Facebook smartphone app features about 60% of the functions available on a desktop, yet their planned smartwatch equivalent will reduce this much further, down to around 20%.

Data-gathering capabilities and connectivity will largely determine the retailer’s access to smartwatch users. With plenty of detailed information about the frequency and duration of store visits, and the contents of shopping carts, retailers can transmit highly customized push notifications calculated to prompt further purchase activity.

Location information will allow geo-targeted approaches – for example enabling stores in the immediate vicinity to offer time-limited, in-store discounts to persuade customers to enter their shop.

Though wearable tech is far from universal, many brands may wish to give it careful consideration, especially where a company already has a sophisticated digital strategy.

Any adjustments should encompass the entire user journey and focus on online visibility, the development of trustful customer relationships, and the development of cross-channel and cross-device navigation, which should be made as convenient as possible for the end user.

Retailers must also monitor the outcomes and effectiveness of such initiatives with the greatest care within what is bound to be a rapidly changing market landscape.

Social Media Shutdowns: an Opportunity to Diversify Customer Outreach
Multiple businesses rely on social media as their main marketplace. While the recent blackout cost them money, it's an opportunity to start finding alternative platforms to reach a new customer base.

How to Buy a Marketing and Advertising Business
The importance of brand and human capital complicates agency valuations, but other marketing businesses are available.